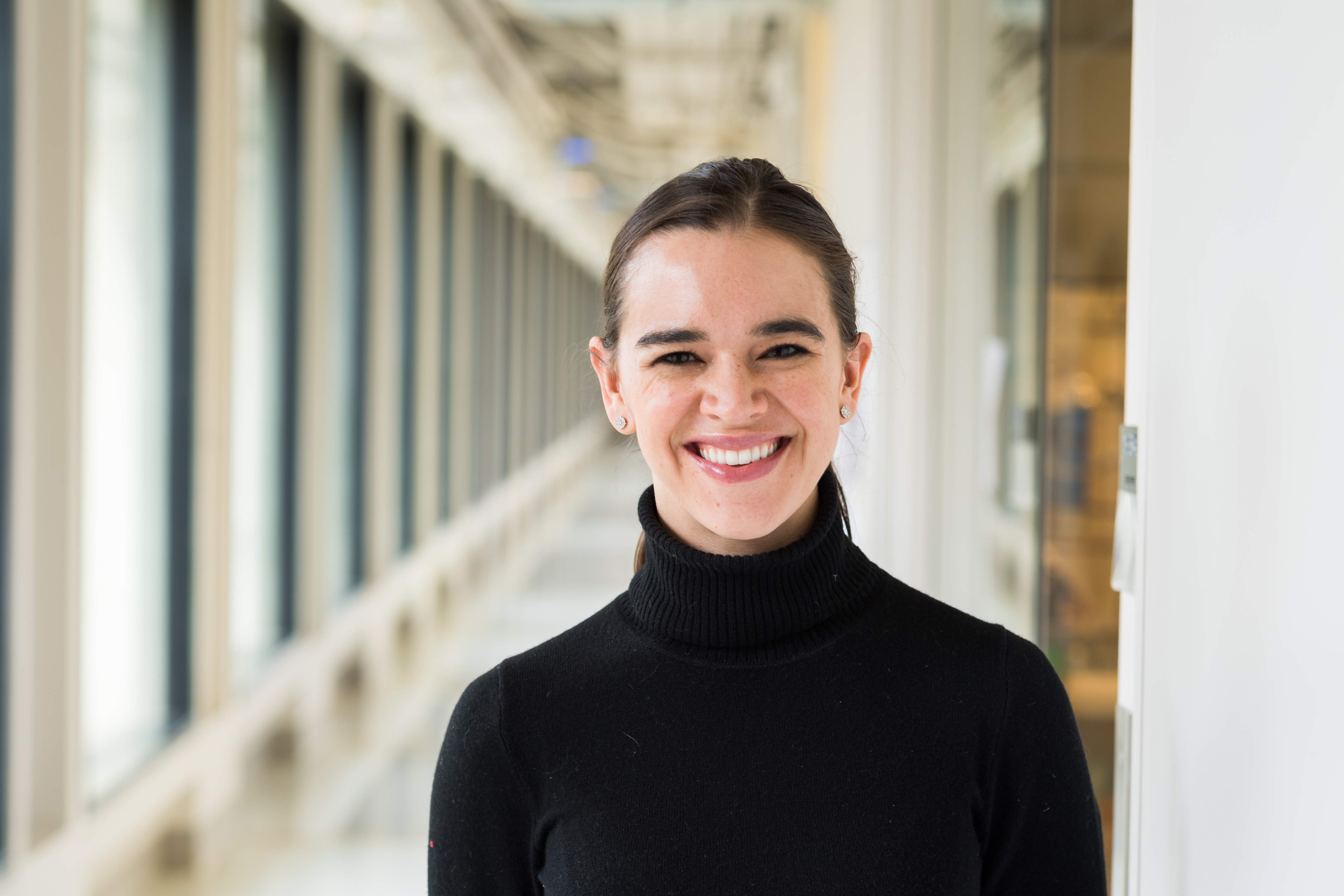 As the Department of Chemistry’s Communications Coordinator, Danielle Randall is responsible for writing content for the Chemistry and MIT News pages (including series just like this one!), maintaining the department’s website and social media handles (be sure to follow  Chemistry on Facebook, Twitter and LinkedIn!), planning and executing seasonal departmental events, generating promotional materials and newsletters for print and web distribution, and generally promoting all of the amazing achievements of  the Chemistry staff, students, postdocs and faculty. In this month’s Who’s Who in HQ, Danielle reveals the most awe-inspiring places she’s ever been, the anxiety-inducing thing she does on a regular basis, the house she’d build with unlimited funds, and more!

1. How long have you been at MIT, and what brought you here?
I’ve been at MIT since November of 2014, so I’m coming up on three years! I had just moved back to Massachusetts (I grew up in Central MA) after spending seven years in Los Angeles working in various aspects of the entertainment industry, but ultimately in the writers’ rooms of one-hour TV dramas (Private Practice, Star-Crossed, and a pilot that was unfortunately proclaimed dead on arrival by ABC), and was looking for my new career. I decided higher education is to Cambridge what entertainment is to L.A., so I focused in on MIT and was excited to be hired as the Senior Administrative Assistant to the Department Head. I was lucky get to get to work for both Professor Sylvia Ceyer and Professor Tim Jamison before I switched over to my current role as Communications Coordinator.

2. Who are three of your favorite fictional characters?
Jo March, Pacey Witter, and Mary Poppins.

3. What would be your ideal concert?
Celine Dion featuring special guest John Williams at the Hollywood Bowl. With fireworks. And ballerinas in the background.

4. What is your guilty pleasure?
Bravo’s Real Housewives of pretty much anywhere.

5. What is something that a ton of people are obsessed with but you just don’t get the point of?
Burning Man and expensive yoga pants.

6. Do you think that aliens exist?
How could they not?! I’d love to have a job that granted me high security clearances with the CIA so that I could know for sure, but I think that’s probably exactly why it’s best I don’t have that kind of access.

7. What movie can you watch over and over without ever getting tired of?
I’ve actually put this question to the test, so I can say from experience that the answer is Titanic, which I have watched…many times…since getting it on two VHS tapes in 1998. It’s like staring at fire to me, it never gets old.

8. What movie, picture, or video always makes you laugh no matter how often you watch it?
This YouTube video, entitled ‘It Has To Be Good’, featuring taped footage of Legendary Broadway Star Leslie Uggams performing ‘June is Busting Out All Over’ at what appears to be a live, televised Rodgers and Hammerstein tribute concert. I’ve done some research on the background and have learned that she was planning to read the lyrics off of a cue card as she sang, but the guy holding the cue card slipped and fell, leaving her to improvise like the total pro she is. The best part is when they run through it again with subtitles – I truly believe that no one watching it when it aired live had any clue anything had gone wrong, but thankfully now we have YouTube. I watch it at least every June 1. Most of my go-to videos for comedy involve some sort of on-stage theatrical mishap.

9. What’s the smartest thing you’ve seen an animal do?
Any time I see a golden retriever working as a seeing eye dog, I’m in awe because I know exactly how maniacal and ridiculous and emotional they can be/usually are, so it amazes me that they’re capable of being entrusted with leading a blind person across the street.

10. What did you believe for way too long as a child?
There are a couple of leafless (cement) baobab trees on the African safari experience at Disney World’s Animal Kingdom, and on the safari tour they always say that baobab trees only bear leaves for three months out of the year, so I always figured it was happening some time other than April vacation, which is when my family would typically be there. I’m not sure when it dawned on me that the Imagineers were not in fact not able to actually relocate living, thousand-year-old baobab trees to central Florida, but suffice to say, THEY GOT ME GOOD.

11. What’s the most anxiety inducing thing you do on a regular basis?
I rely on a combination of the commuter rail and the red line to shuttle me to and from work – the “will-it-or-won’t-it-break-down-for-no-reason” has me on the edge of my seat every day.

13. What app can you not believe someone hasn’t made yet?
Shazaam but for people – which, yes, would be scary and could be easily used for evil, but it feels like the facial recognition technology needed for it is available. The less sinister version would be Shazaam but for dogs.

14. What was your favorite book as a child, and what is your favorite book now?
As a kid, I loved any book that was about a girl my age living in a different period of history – the Dear America, American Girl, and Little House on the Prairie books, in particular. As for my current favorite book, it’s a toss up between The Stand by Stephen King, Summer Sisters by Judy Blume, and Middlesex by Jeffrey Eugenides.

15. What is on your bucket list?
Mostly travel – particularly to Norway, Austria (specifically Salzburg because the Sound of Music tour is calling my name) and as many U.S National Parks as possible.

16. What animal would be cutest if scaled down to the size of a cat?
Any bear. They’d be adorable and hopefully much less able to maul a person to death.

17. What TV channel doesn’t exist but really should?
A channel like Nick at Nite, but dedicated to replicating the programming schedule of The WB Network circa 1996-2006. I want episodes of the shows, particularly Dawson’s Creek, WITH their original soundtracks (they’re different on the DVDs and Netflix now), in the order that they aired back during that magical decade.

18. What irrational fear do you have?
I don’t remember where I read this (if in fact I read it and didn’t just dream it up), but somewhere along the line I got it into my head that snakes like to hide in garden hoses to keep cool. So every time I turn on a hose, I brace myself for a snake to burst out. I also fear sharks out of respect for their right to eat whatever ends up in the ocean, but that’s not irrational.

19. If you didn’t have to sleep, what would you do with the extra time?
I’d get very serious about my French Rosetta Stone.

20. Where is the most awe-inspiring place that you’ve been?
It’s a toss-up between Yosemite and Alaska.

21. If you had unlimited funds to build a house that you would live in for the rest of your life, what would the finished house be like?
It would be a carbon copy of the McAllister house in Home Alone.

Stay tuned for next month’s edition of Who’s Who in HQ! 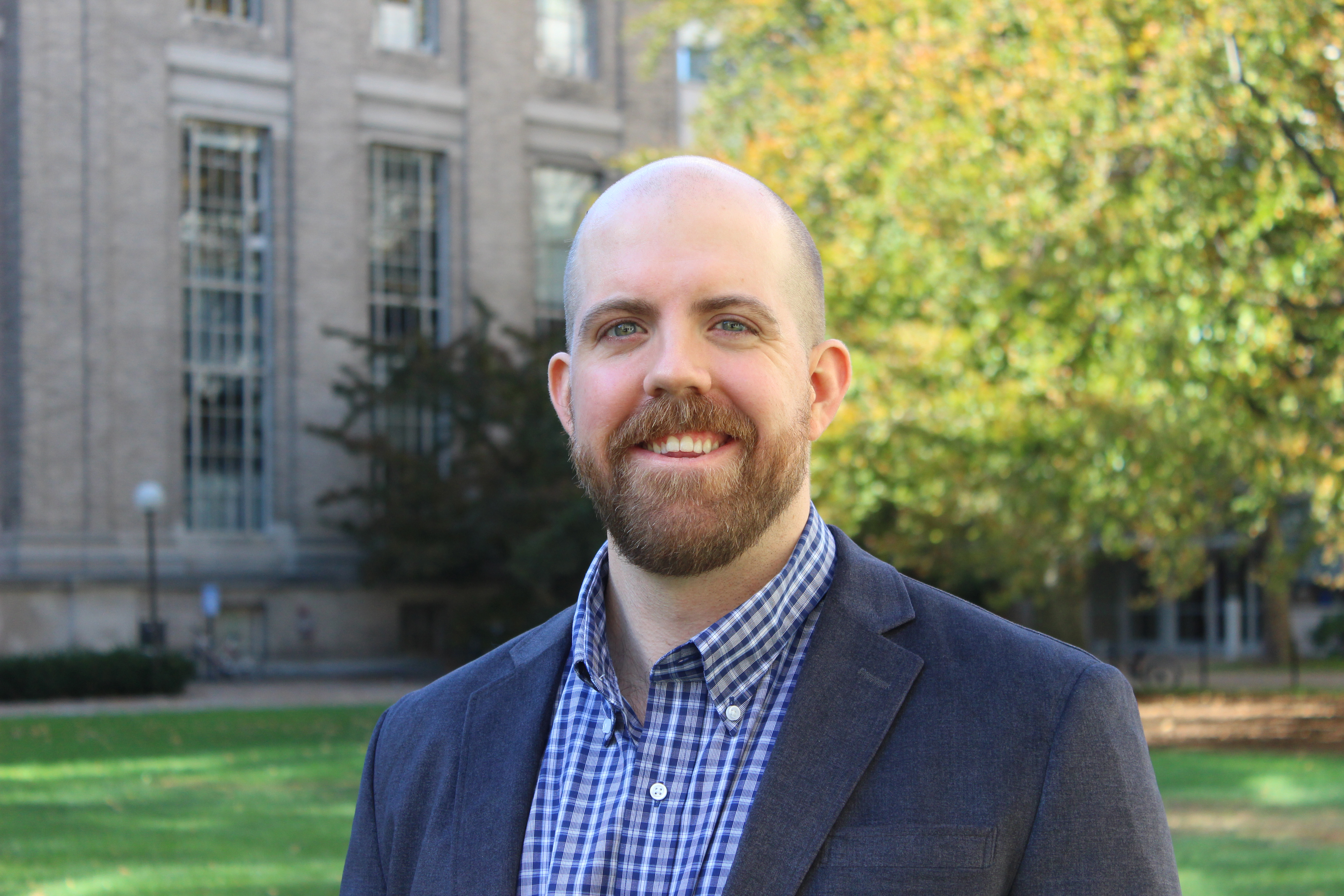 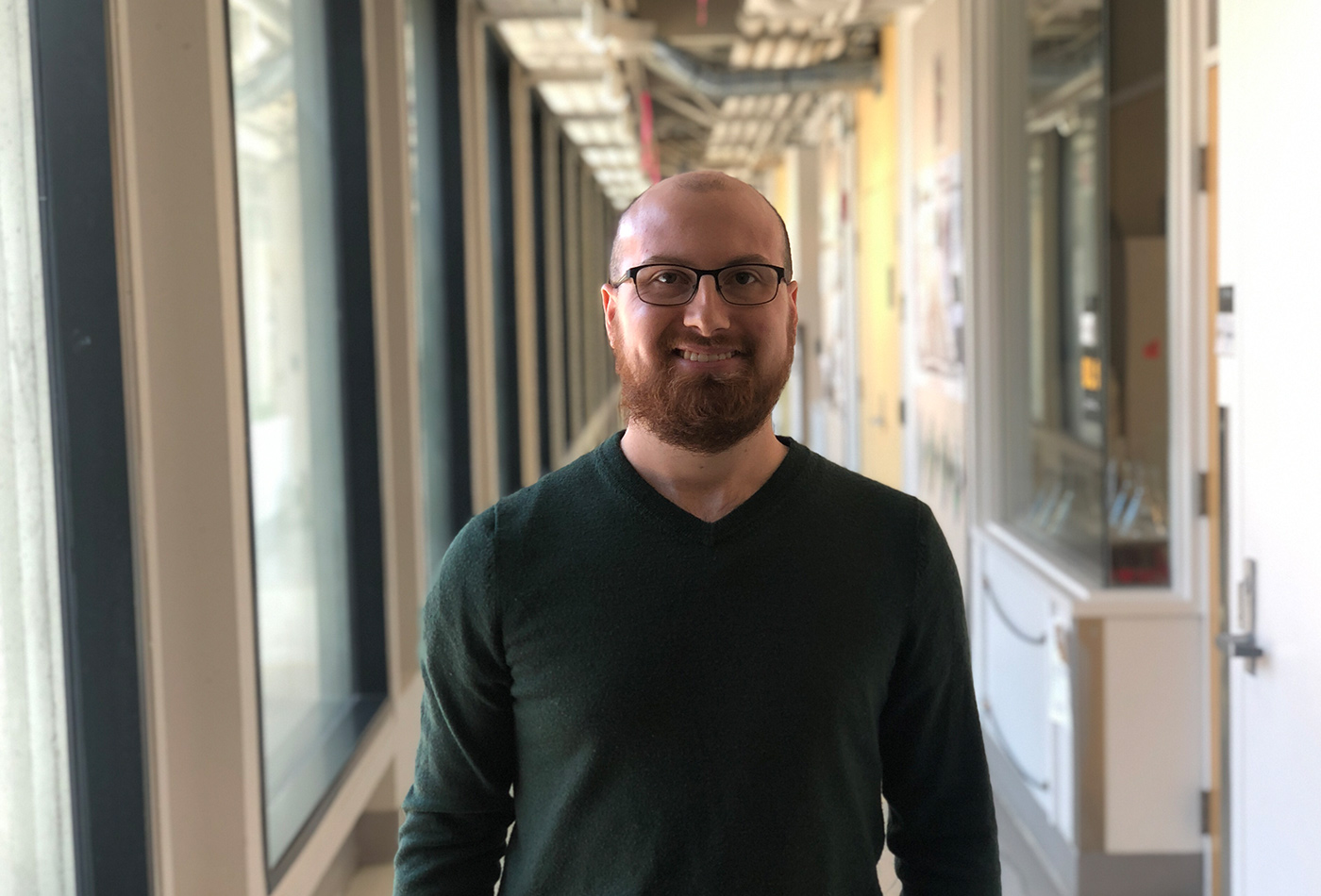 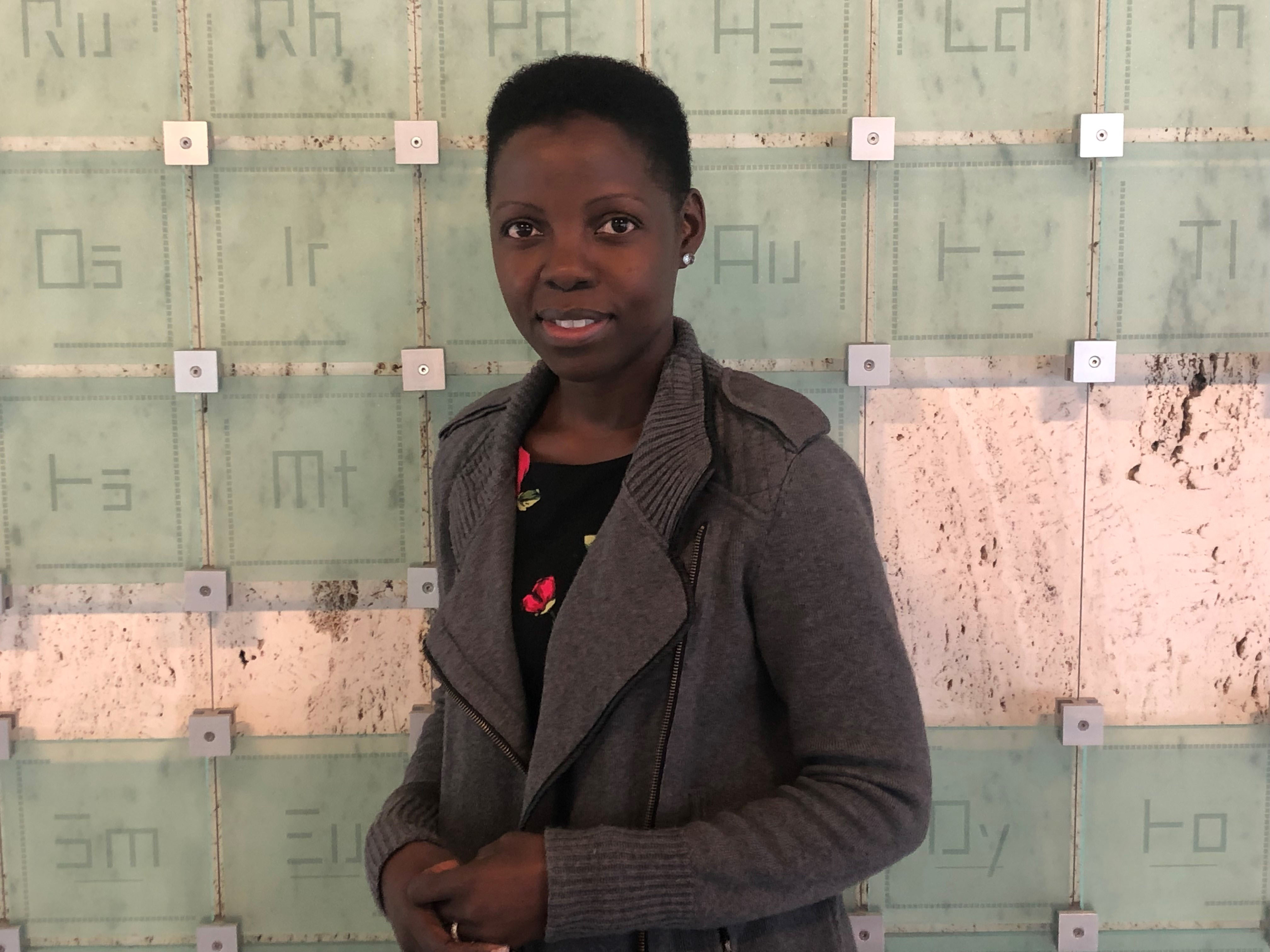 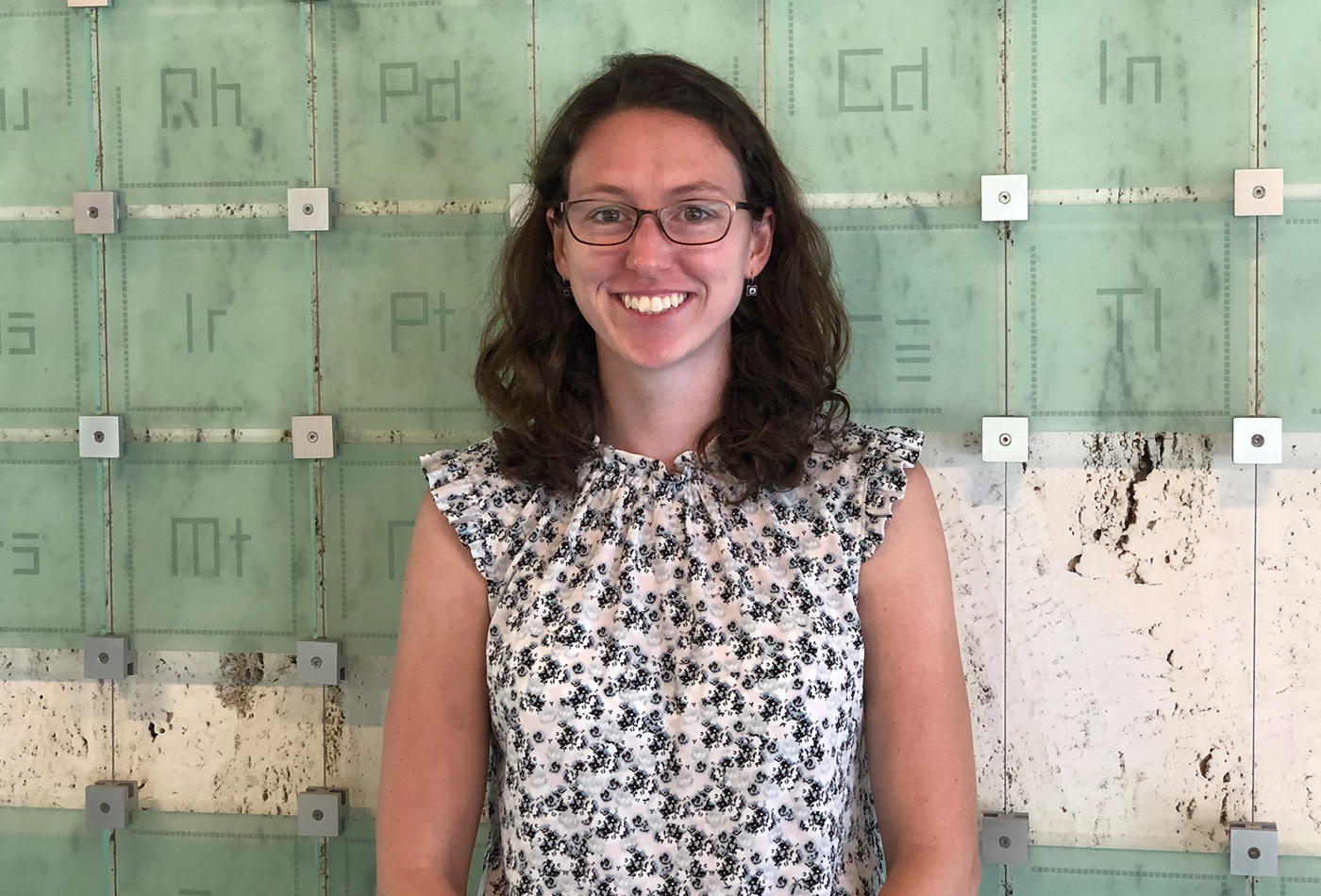