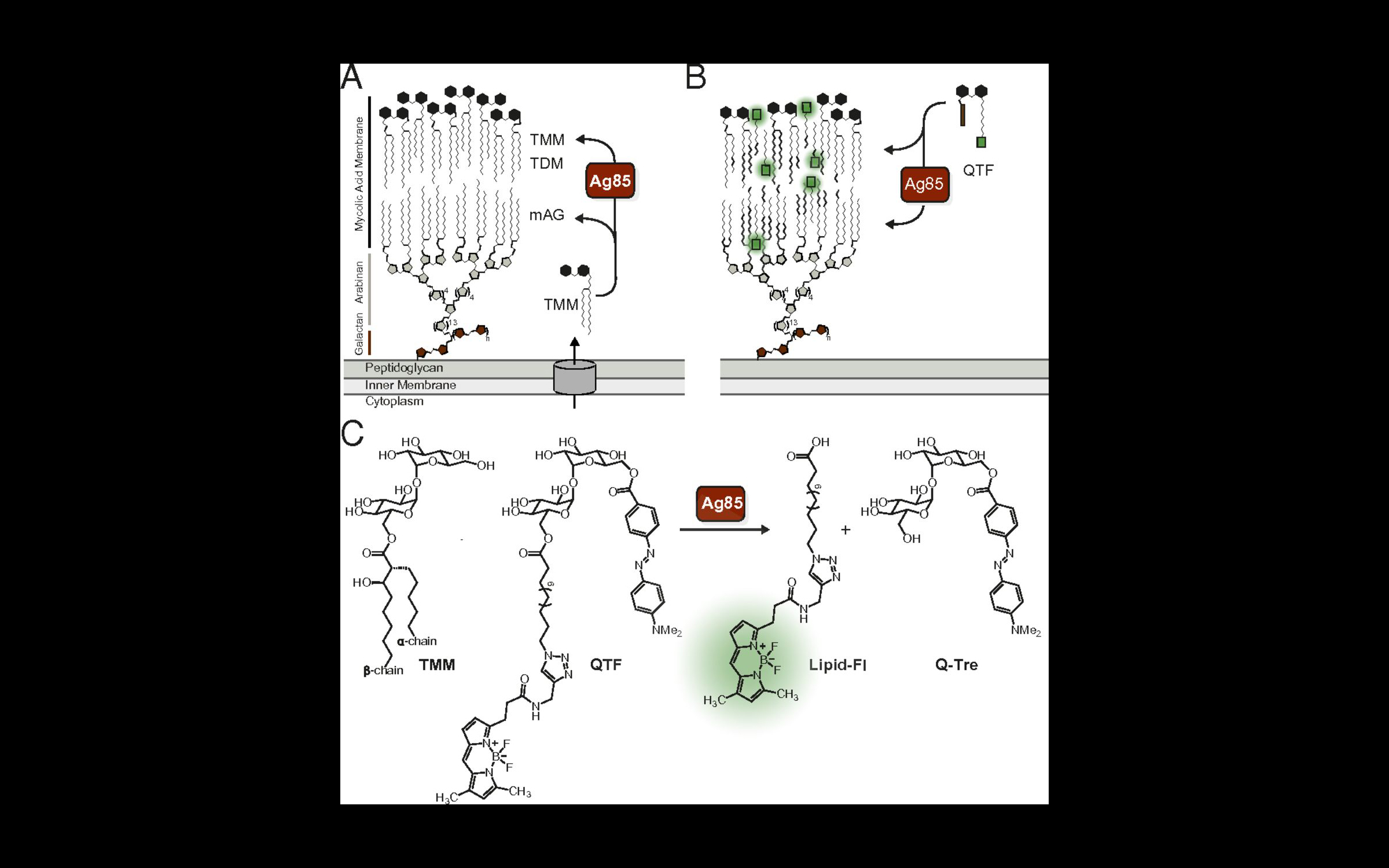 The new probe, processed by an enzyme complex called Ag85, can be used to follow the assembly of the cell wall of mycobacteria, such as the bacteria that cause tuberculosis.

Watching enzymes in action as bacteria that build their cell walls can lead to new strategies to identify and treat them. The field’s ability to monitor bacterial cell growth is generally limited to peptidoglycan assembly, an important part of the cell wall that is found throughout bacteria. In a paper published in Proceedings of the National Academy of Sciences on April 27, 2018, members of Professor Laura L. Kiessling‘s lab describe a new probe that they have generated, which can be used to follow the assembly of the cell wall of mycobacteria, such as the bacteria that cause tuberculosis. This probe is processed by an enzyme complex called Ag85, which is present in mycobacteria (but not bacteria like E. coli). Ag85 is essential for building the mycobacterial cell wall, so understanding how and when it is active could lead to new antibiotic strategies. To the group’s knowledge, this probe is the first bacterial imaging probe that enables real-time, continuous monitoring of mycobacteria.

“The ability to visualize enzyme activity as mycobacteria build their lipid-rich membrane was incredibly exciting,” said Kiessling. “Seeing that this activity was localized was unexpected, and unexpected findings are what drives us all forward.”

Mycobacteria possess a waxy, mycolic acid membrane that protects them from antibiotics and host defenses. This bilayer-like structure is constructed by the Ag85 mycolyltransferases. The Kiessling group generated a probe QTF (quencher-trehalose-fluorophore), an analog of the natural donor substrate used by Ag85. QTF processing results in fluorescence. In this  way, QTF can be used to visualize Ag85 activity in cells. Using QTF, we found that Ag85 activity increases prior to cell division. Although Ag85 is abundantly secreted, its activity is localized to the growing cell wall. Because the cell wall of mycobacteria is different than that of other bacteria, this new probe also has the properties needed for a diagnostic agent. Therefore, the group anticipates QTF can be exploited to detect and monitor mycobacteria 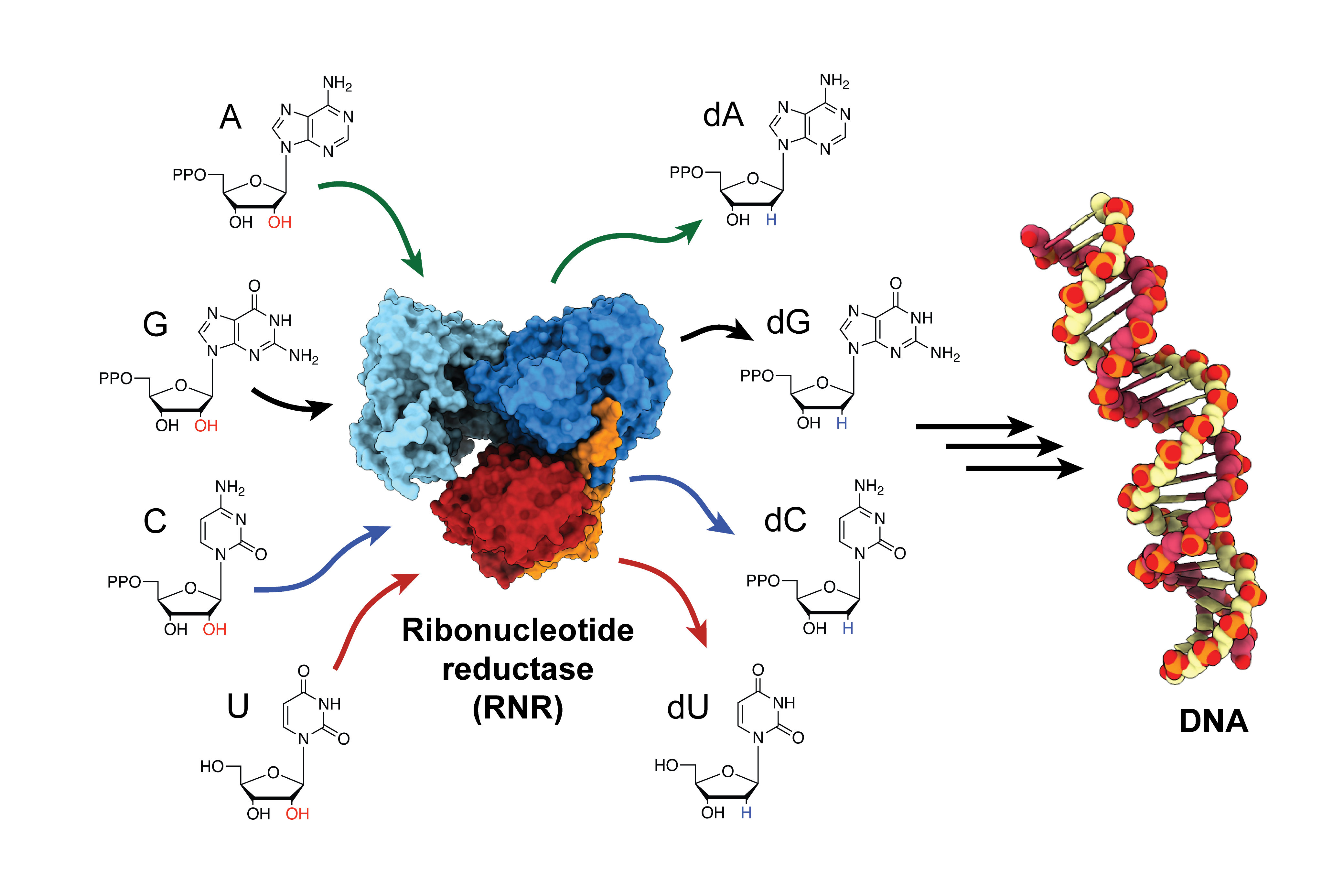 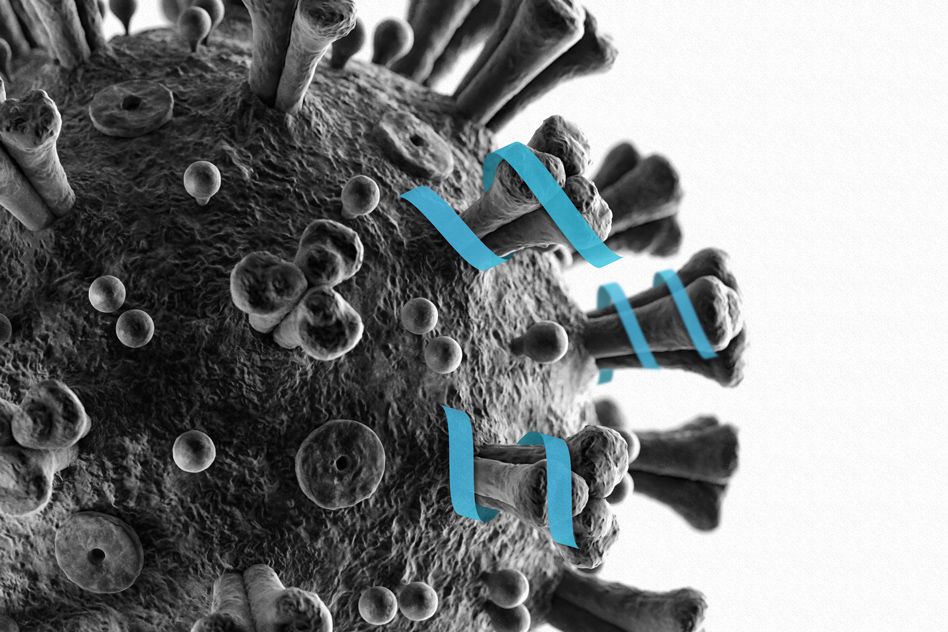 An experimental peptide could block Covid-19 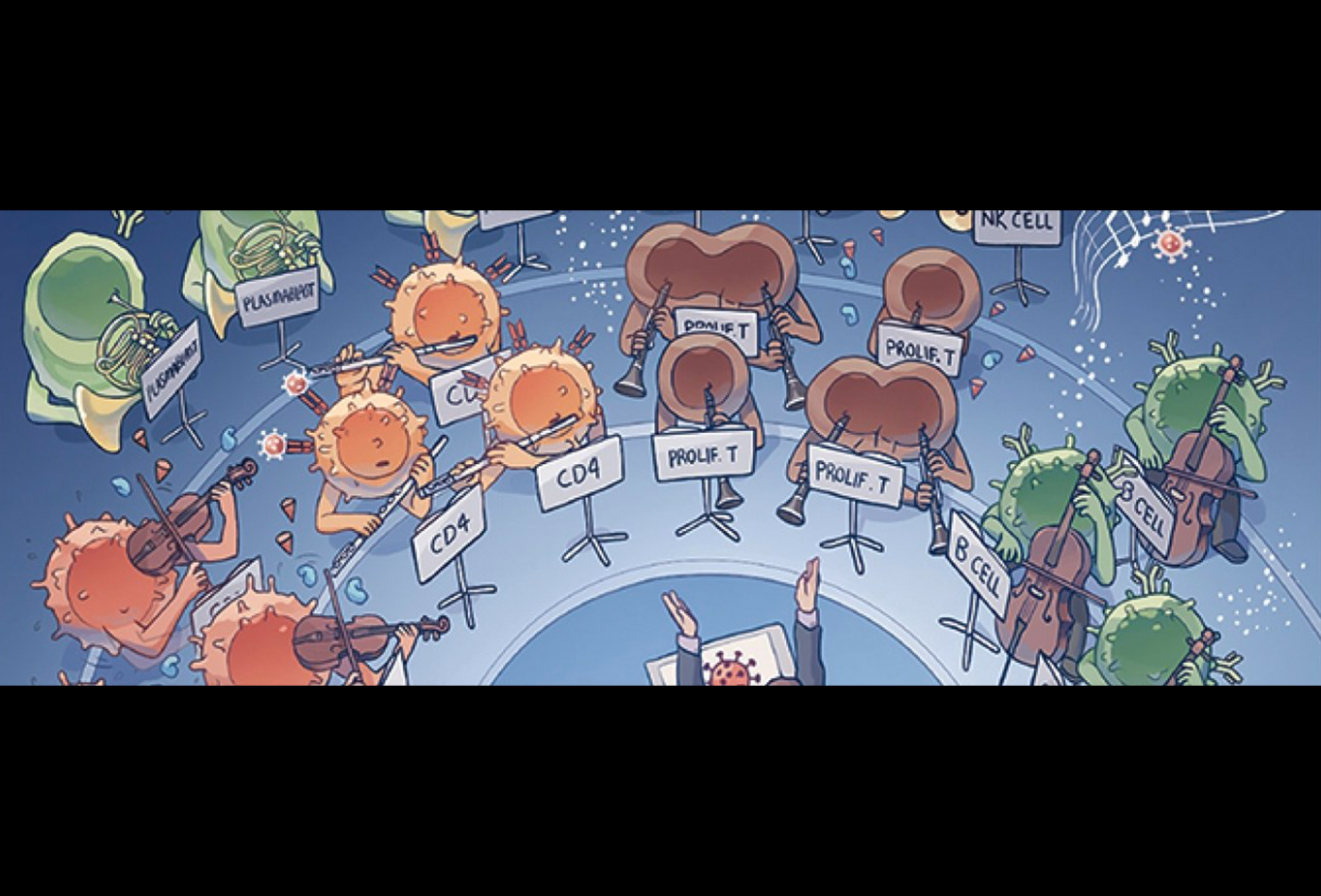 Understanding The Score: A Dynamic Interrogation Of Acute HIV Infection 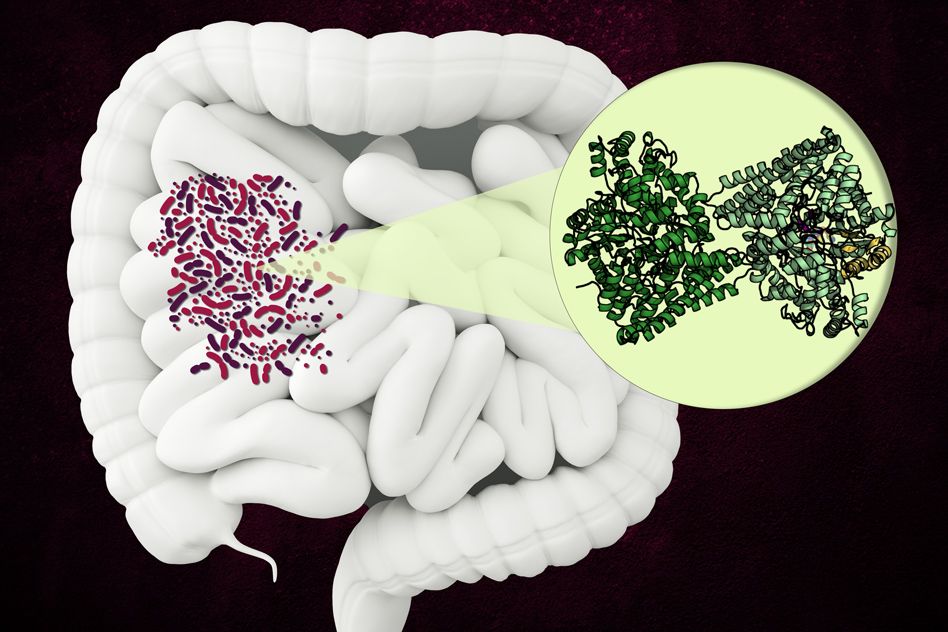