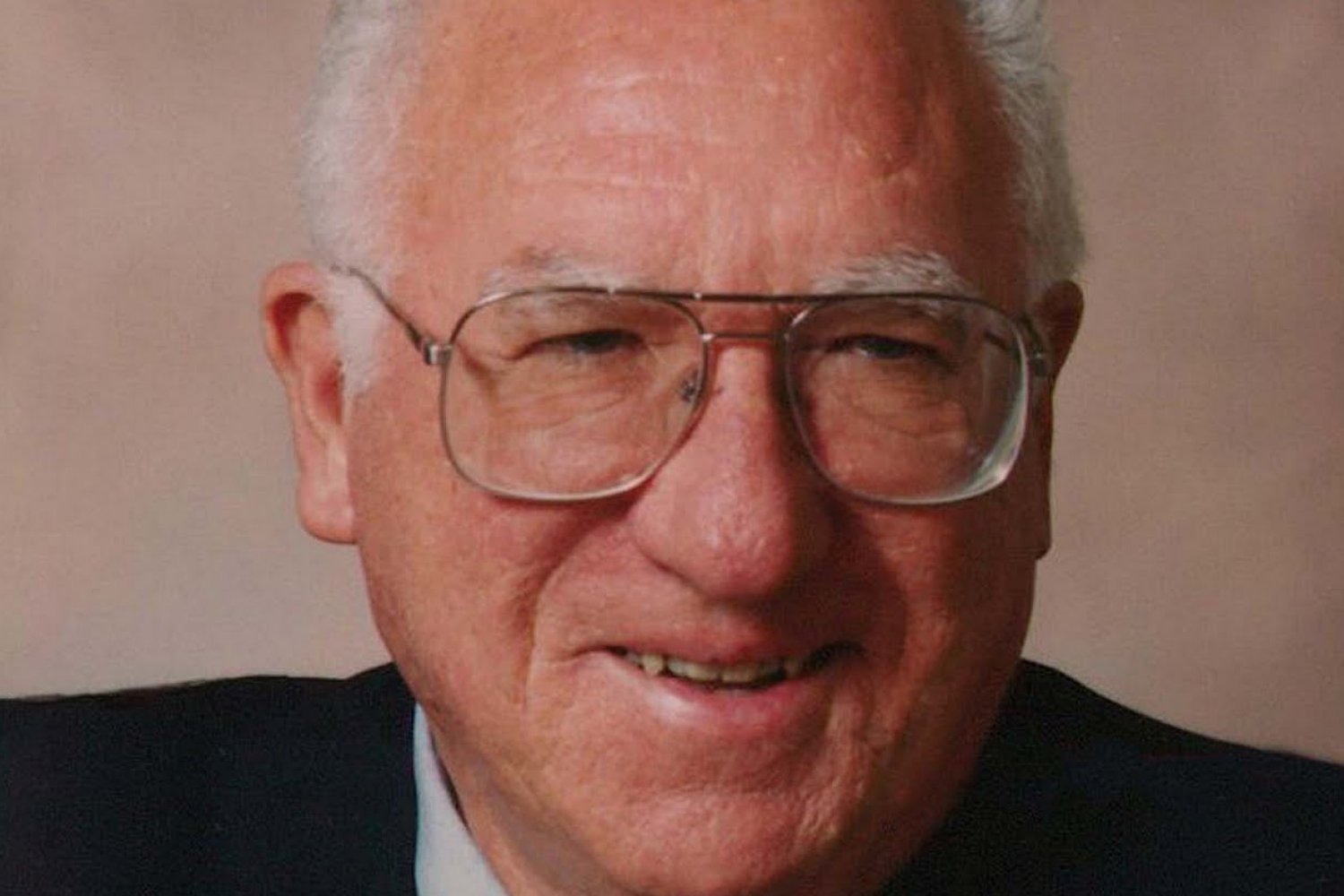 Image courtesy of the Department of Biological Engineering

Pioneering scientist isolated, characterized, and established the mechanisms of many environmental toxins relevant to public health.

Gerald N. Wogan, the Underwood Prescott Professor of Biological Engineering, Chemistry, and Toxicology emeritus at MIT, passed away after a long illness on July 16 at the age of 91.

“Jerry” Wogan was a pioneering scientist who isolated, characterized, and established the mechanisms of action of many environmental toxins of great relevance to global public health. His leadership on aflatoxin research, a toxin that impacts the lives of billions of people, is a paradigm for environmental toxicology. His work ranged from basic mechanistic studies at the cell level to the development of animal models of disease, the study of disease patterns in populations, and, ultimately, the development of agents that induce biochemical pathways that protect people from toxin-induced disease.

During his 60-year career, Wogan trained over 75 graduate students and postdocs, who themselves went on to become leaders in the environmental health field. Former student John D. Groopman PhD ’79, who led environmental health sciences at Johns Hopkins University for 20 years, recalls: “While Jerry was a great scientific leader respected by his peers, it was his humanity and commitment to the translation of basic science to the public’s good that is his lasting legacy to his students and their students in turn.”

John Essigmann PhD ’76, the past director of the MIT Center for Environmental Health Sciences and associate head of chemistry, says, “Jerry was always open to new ideas and had a gift for taking an idea and projecting its impact on the global stage. He encouraged us to think big and see the broader impact of our work.”

Wogan was born in 1930 in the railroad town of Altoona, Pennsylvania. His father was a railroad worker, and Wogan decided to attend Juniata College in 1947 in part because his father had a company pass that allowed him to visit his son at school. Wogan worked his way through college as a truck driver and was a member of the Teamsters’ Union. In 1951, Wogan moved on to graduate work at the University of Illinois at Urbana, where he studied physiology, biochemistry, and microbiology with eminent physiologist Robert E. Anderson, and met his future wife, Holly, a special education teacher who became a surrogate parent to generations of Wogan lab members. The two married in 1957, the year Wogan received his PhD.

After his doctoral work and a brief teaching job at Rutgers University, Wogan sat by chance on an airplane next to Institute Professor emeritus Nevin Scrimshaw, recruiting faculty for what has become the MIT Department of Biological Engineering (Course 20). Wogan so impressed Scrimshaw during that flight that he was recruited to the MIT faculty and eventually took over as department head from 1979 to 1987.

In early work, Wogan and his longtime collaborator, chemist George Büchi, isolated a fungal toxin called aflatoxin B1 from peanuts infested with a fungus, Aspergillus flavus. In a chemistry and public health milestone, they identified the structure of the toxin and established methods for measuring it in foods and other environmental samples. The translation of this basic research to international policy and regulation of a potent carcinogen was a unique achievement that has impacted how the U.S. Food and Drug Administration, Environmental Protection Agency, and International Agency for Research on Cancer (IARC) evaluate potential carcinogens. Based on this research, Wogan participated in Volume 1 of the IARC evaluation of potential human carcinogens in 1972. This IARC program has become the gold standard for cancer risk assessment.

Wogan then turned to Southeast Asia, where he suspected that aflatoxin might be responsible for an epidemic of liver cancer. With Thai collaborators, Wogan and his student Ronald Shank ’59, PhD ’65 established an unequivocal association between aflatoxin levels in the food supply and the incidence of liver cancer in Thailand. Later replicated in sub-Saharan Africa and other parts of Asia, this aspect of his work represents a milestone in epidemiology.

Back at MIT, Büchi made derivatives of aflatoxin, and Wogan established animal models, some of which are still used today as pivotal tests for the cancer-causing potential of environmental agents. Wogan’s work on aflatoxin quickly expanded to other fungal and bacterial toxins, fossil fuel combustion products, toxic foodborne amines, and the important roles of infection inflammation as a cause and accelerant of cancer.

Regarding his work on persistent bacterial infections, collaborator Jim Fox comments: “Jerry’s collaborative studies with MIT colleagues Peter Dedon, John Essigmann, Steven Tannenbaum ’58, PhD ’62, and myself, probing the critical role of reactive oxygen species in the pathophysiology of chronic inflammation and carcinogenesis are unique, and I believe, extremely important.”

Collaborator Tannenbaum recalls, “Jerry Wogan invented the paradigm for discovering an environmental carcinogen, its metabolism into a DNA damaging agent, developing biomarkers for molecular epidemiology, and monoclonal antibodies for environmental surveillance. His team of graduate students led the way with his guidance and wound up with five faculty positions at top universities, where they continued to drive the field of cancer epidemiology.” Tannenbaum, who took the lead in establishing the Wogan Lectureship at MIT and went on to make pathfinding contributions on the roles of nitric oxide in human health and disease, also wrote that Wogan helped him as an early-career scientist move into toxicology.

The impact of Wogan’s work on aflatoxin was felt strongly across the globe, where up to 5 billion people are potentially exposed to the toxin each day. Mathuros Ruchirawat PhD ’75, vice president for research at the Chulabhorn Research Institute in Bangkok, reflects on the impact Wogan’s work had on global public health, research, and teaching in Southeast Asia: “His research has immense and long-lasting impacts on public health in Thailand; the increased public awareness of aflatoxins as a major risk factor for liver cancer has contributed to the prevention of this disease in the country.”

William Suk, who directs the national Superfund Research Program and plays a pivotal role in U.S.-Thailand relations, recalls that Jerry’s superb qualities as a scientist were complemented by his ability to mentor others: “I remember most his ability to provide sage advice to all.”

Three of Wogan’s past graduate students and two other MIT professors still teach at Bangkok every summer in a graduate degree program Wogan inspired to address capacity building in the developing world. Colleague Dedon says: “Jerry’s vision of science for the public good had true global impact that was much broader than the details of his research.”

Ram Sasisekharan, a co-founder of the Bangkok program, says: “Jerry was a true inspiration — focused on problems that need solutions, and was a bold take on complex global problems.”

Many of Wogan’s colleagues went off to apply their toxicology skills in the pharmaceutical arena.

Gerald McMahon, former president of Sugen and developer of several approved anticancer therapies, says: “Jerry’s inspiration and enthusiasm to take a risk and pursue innovation was inspiring and served me well in my biotech career.”

Another industry-based colleague, Alexander Wood, former executive director in the oncology department of Novartis Institutes for Biomedical Research and currently a senior lecturer in biological engineering at MIT, remembers Jerry as being “consistently engaged in a broad range of topics in the causation, prevention, and treatment of cancer, and cheerfully willing to offer sound advice and perspective.”

Wogan was recognized by many honors. He was a member of the U.S. National Academy of Sciences (1977) and the National Academy of Medicine (1994). He received the Charles S. Mott Prize of the General Motors Cancer Research Foundation (2005), the Medal of Honor of the International Agency for Research on Cancer (2010), The Princess Chulabhorn Gold Medal (2012), the Princess Takamatsu Cancer Research Fund award (2001), the Society of Toxicology lifetime scholar award (2004), the Chemical Industries Institute of Toxicology Founders’ award (1999), as well as distinguished alumnus awards from his alma maters, Juniata College (2010) and the University of Illinois (1995).

Wogan’s wife of over 50 years, Holly, passed away in 2013. He is survived by his daughter Christine and her husband John; his son Eugene and his wife Vicky; three grandchildren; and two great-grandchildren.

Former students Essigmann, Groopman, and Robert Croy PhD ’79 recently reminisced about the Wogan laboratory’s many adventures, which reflected Wogan’s belief that scientists should get out of the laboratory and experience the outside world. On one trip, the younger members of the Wogan-Büchi group crossed the 45-kilometer Pemigewasset Wilderness in New Hampshire’s White Mountains on skis, despite five feet of snow, brutal terrain, and subfreezing temperatures. As was typical of his style, Wogan had chilled champagne waiting at the finish of this long journey. He taught his group that hard work and a task well done are sweeter if one celebrates it in style. They also learned that their education at MIT was a journey, and that such journeys are best taken with friends. As a testimonial to this strategy of research group management, it is striking that so many of the former Wogan research groups are still close friends today, connected by the common bond of their time in his laboratory.

Wogan was a frequent participant in the Aspen Cancer Conference, which the Wogan family has designated as a charity for people who wish to donate in his name. 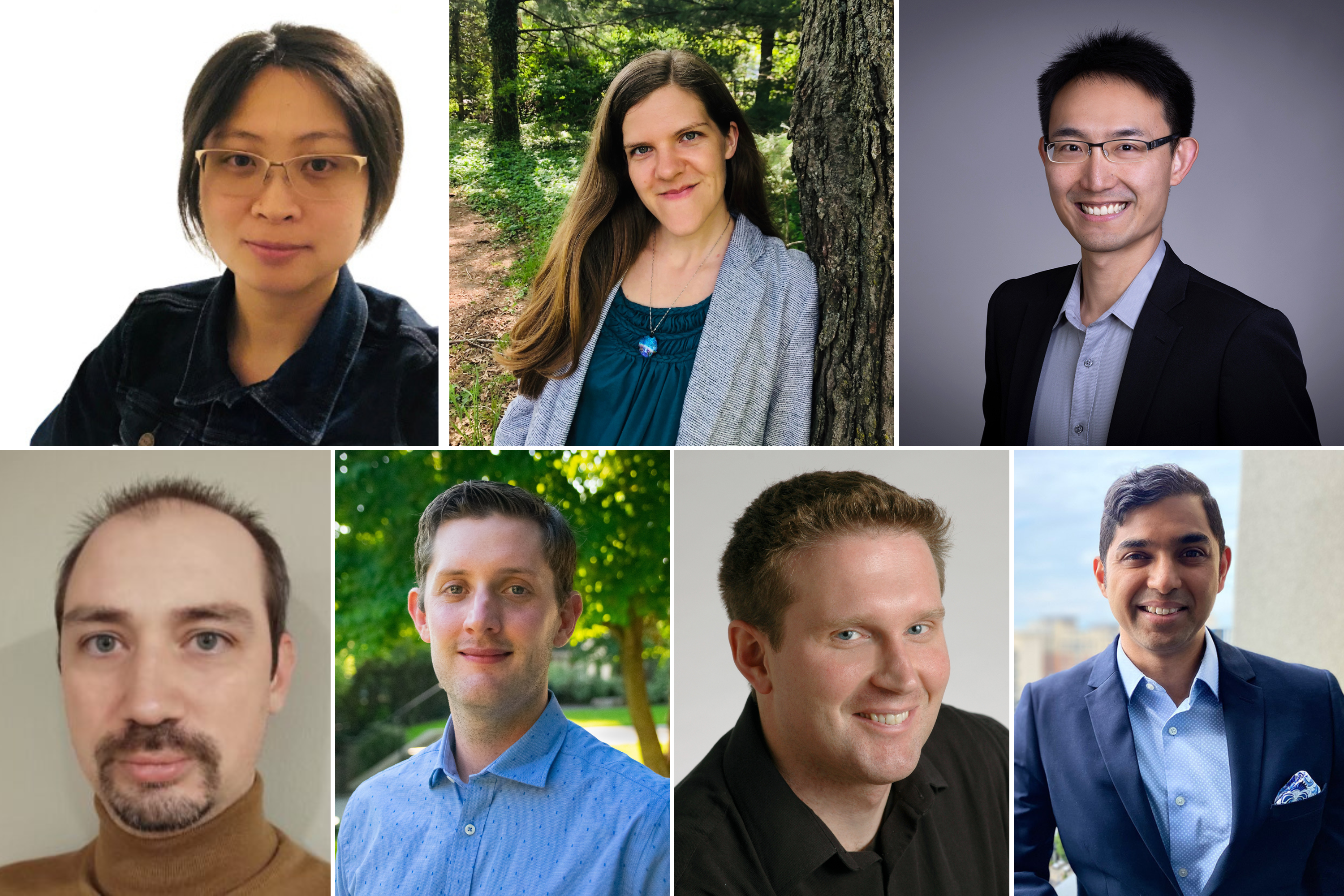 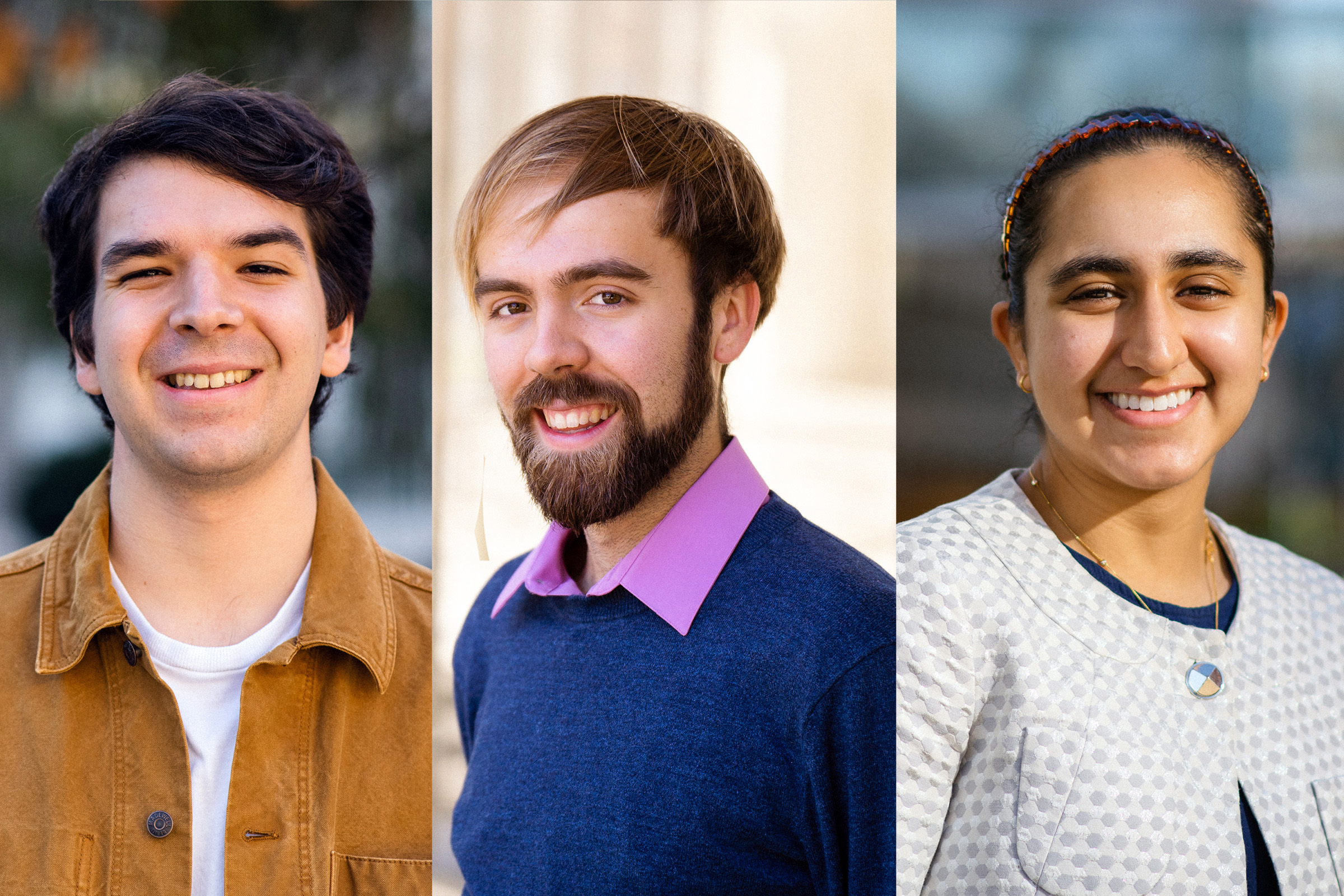 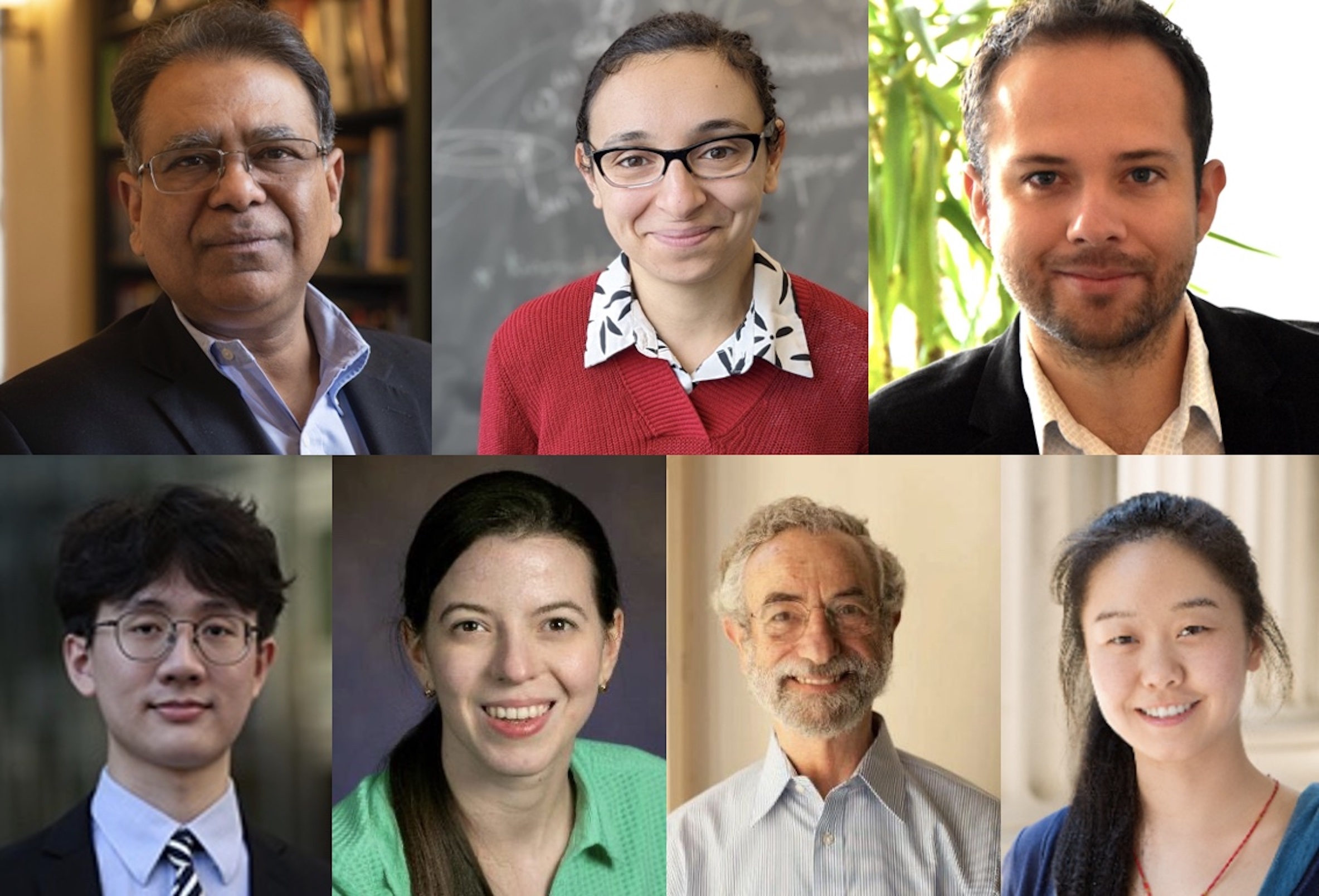 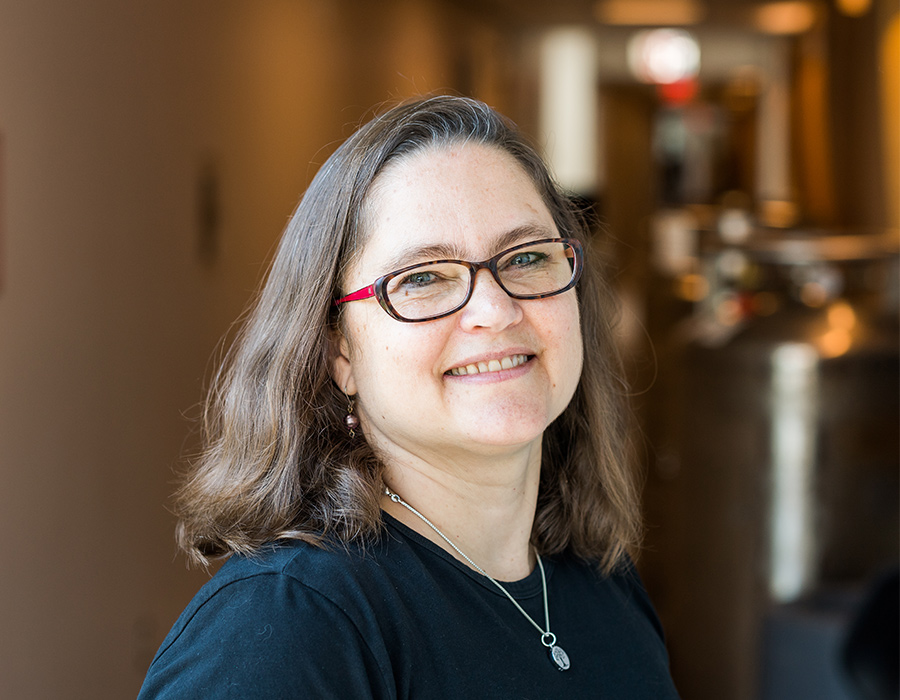